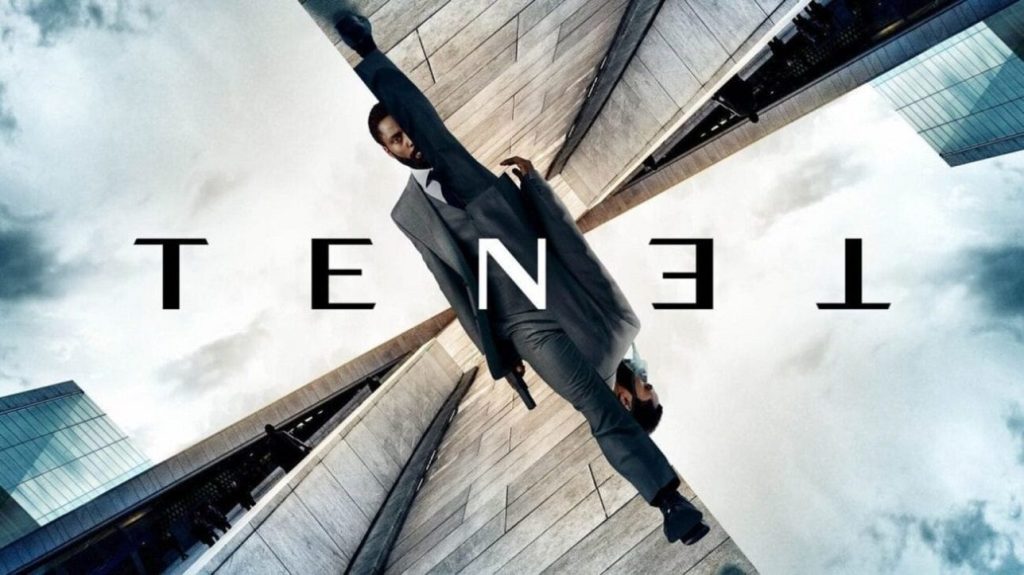 Sorry posts haven’t been as frequent as I would like them to be, I’ve finally moved and settled in (&fixed my WiFi). However I did find time to watch Tenet in the cinemas.

First up my return to the cinema after AGESSSSS away was probably my worst trip ever! (Nothing against Tenet as you will see). Forget screaming kids, lights, mess or noisy neighbours no, this was sound mixing! Our screening started to go out of sync after about an hour. Awful business, so I’ll be going again.

Anyway, to the actual film. My god what a film. Early impressions are that it’s my favourite Nolan film. For some context Inception was my favourite before Tenet as I am not a massive Batman fan.

So, what’s it ACTUALLY about?

Tenet is for all intents and purposes a traditional spy flick. A lot of people around the internet has said this is like Nolan taking on James Bond. Which in some ways it is, just not as stylish in terms of characters.

The plot in essence is to prevent a bomb from going off that would end the world as we know it. Problem is we don’t know where the bomb is, hence spy.

Although as we have come to expect with Nolan’s original stories it’s not that simple. This also includes a version of time travel we have seen before but also we have not seen before. What haven’t we seen? Inversion.

What takes this away from a traditional spy action film is the use of time travel to tell the story. The Protagonist of this story must understand how time travel works and then find and disarm the bomb. Getting interesting now eh?

One of the key things to understand about this film is the inversion mechanic that it is based on.

When we meet The Protagonist (that’s his name, seriously) played by John David Washington he’s in an extremely good mission to retrieve an asset. The score for this sequence and all sequences is incredible and high octane. This is from the first minute as well.

From the very start, this film fills you with intensity and pulls you in, which is something that I absolutely loved. It was immersive from start to finish.

During this sequence The Protagonist notices how a bullet rushes past his head, as though it had already been shot. Next thing we see is The Protagonist is ‘dead’ and being escorted for another mission where he is introduced to inversion.

The explanation of this is that everything that uses energy flows forward and inversion is the process to swap that so it flow backwards. This means you catch bullets, get cold from fire and even steer in the wrong direction.

You’ll notice in this film that character development isn’t really a thing. It flashes forward so quickly we just don’t have time to understand the characters as people. John David Washington plays The Protagonist extremely well. He comes across as cool, cold and charismatic.

Robert Pattinson plays a character called Neal. For a Neal he’s not in any way boring. His chemistry with Washington is great and Neal’s story is one that is probably worth paying attention to the most. Pattinson definitely has a future as a cool, spy/ detective kind of role, (maybe even in a black suit and cape?).

The villian isn’t a nice person and has a rough time with Elizabeth Dibicki’s character Kat. They both anchor the film and begin to be the reason for the plot moving forward. Kat is troubled as you would expect (damsel in distress) and the villian is Russian and selfish for reasons we never really know why. There’s a lot of tropes with the characters and I think that’s intentional from Nolan as he was focused on the plot.

Will I Understand It?

One of the questions normally asked is will I get it. I know that not everyone will go to the cinema to be challenged and have to put pieces together and that’s okay.

This film will not hold you hand through the film.

The time travel and narrative can get confusing. There’s scenes designed to help you keep up but they’re not instructions. The voice/ score audio isn’t the best balanced as well you could easily miss some dialogue.

As I said at the top, this is my favourite Nolan film. It appeals to me in so many ways. The characters are simple but there’s enough to get their personal motives. The narrative is good and well thought out and the plot matches that. The time travel element is the spice that is needed and elevates it to that level for me. Being asked to think during a film is something I love. Keep me guessing and surprise me still is the route to my heart most of the time. Inception did this, Shutter Island did this and Se7en does this all really well.

Most likely my film of the year. I said it would be in my article previously. I’d be surprised if there’s a film as good as this in the next 4 months.

Begin typing your search above and press return to search. Press Esc to cancel.